Making Your Own Yogurt

Q: I tried making yogurt with your yogurt and it didn't work.  What happened?

A: Making good yogurt is a balancing act between culture, temperature and incubation period. The closer your starter yogurt is to its “Purchase By” date the fewer active bacteria it has. While older yogurt still has plenty of bacteria to be beneficial to our digestion it may take larger amounts to properly inoculate milk to produce yogurt. We suggest one half to three quarters cup of our yogurt to one-gallon milk. For best results add the yogurt starter to milk that is 109 degrees F. Any hotter and the culture will die. If the milk is too cool, 105 degrees F and below, the culture will be sluggish and possibly not make yogurt. If you heat a gallon of milk up to 109 degrees, add the culture, wrap the gallon in a towel and sit it in a warm place over night the temperature should stay about right for proper incubation.

For smaller batches you are going to need some kind of heat source. A good electric yogurt maker is the easiest way. If your end result is too runny with no separation (curds and whey) then you didn’t have enough culture or not enough heat during incubation. If separation occurs then you had too much culture and/or too high of an incubation temperature.

Find more questions and answers about our yogurt in our FAQ.
at 7:02:00 AM No comments:

Our yogurt is unique because of our 24 hour fermentation process, extremely high probiotic count, low sugar content,  two ingredient recipe (milk and culture), and traditional tart flavor.  Since 1980, we have been making Bulgarian Yogurt the traditional way, using Grade A pasteurized milk, our special blend of cultures, and time.  The result is a delicious European style yogurt with absolutely no synthetics or additives.
at 7:39:00 AM No comments:

White Mountain Foods does not support the use of GMOs (genetically modified organisms) in our food supply. We believe the current government regulations do not go far enough in protecting the consumer from profit mongering corporations prematurely marketing altered organisms and food additives without long term, peer reviewed studies, that prove without a doubt no harm will be done to our health.

Our policy is to use NON-GMO ingredients whenever possible. Not all crops have a GMO version…wheat for example. The crops that we use that have GMO versions…soybeans, corn, canola oil, sugar cane (molasses) and alfalfa (cattle feed)…have been around long enough to have spread (through cross pollination) their GMO genetic material to all varieties (except alfalfa)…GMO and NON-GMO alike. It is now impossible to find 100% NON-GMO varieties of these items grown in the USA and many countries abroad. All other crops have no GMO versions so contain no GMOs.

Also, whereas there are tests that will show the GMO content of crops, there are no such tests that work on animal products. The National Organic Standards include a NON-GMO requirement for food and feed crops labeled organic.

Due to the lack of leadership from the governmental regulatory bodies, several independent organizations have set up their own NON-GMO standards (% threshold of GMOs to be considered NON-GMO) in order to educate the public and provide some standards by which food products can be graded for those wishing to avoid GMOs as much as possible.

We have enrolled our products in the NON-GMO Project and are working towards NON-GMO certification. Their seal of approval will appear on our products as they are approved.

Directions:
Combine the cider, apple, cinnamon, and honey. Bring to a boil over medium-high heat, stirring occasionally, until the mixture is reduced to ½ cup. Cool and stir into yogurt.
.

We have many other recipes available on our recipe page. If you have a created an original recipe using White Mountain Foods products and would like to see it added to our list of recipes, please send it to us via email at customerservice@whitemountainfoods.com or use our contact form.
at 5:26:00 AM No comments: 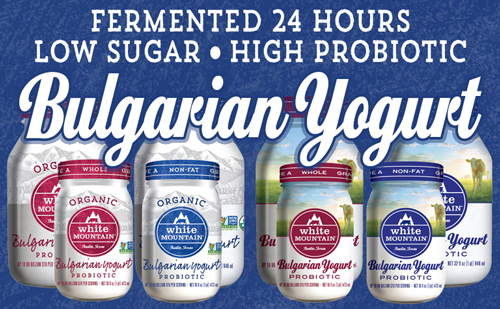 Enjoy the traditionally tart, authentic ethnic taste of all-natural, real Bulgarian yogurt.  No added anything, just milk, culture and time.  There's nothing else like it!
at 6:22:00 AM No comments: 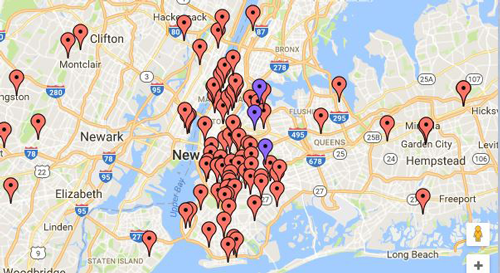 You can find White Mountain Foods Bulgarian Yogurt at many locations in and around New York, NY, such as Key Food on W. 25th, C-Town Supermarket on Broadway, and Bleecker Grocery on Bleecker Street.  Find our products near you using our map locator in the right hand column of this blog.
at 2:33:00 AM No comments: 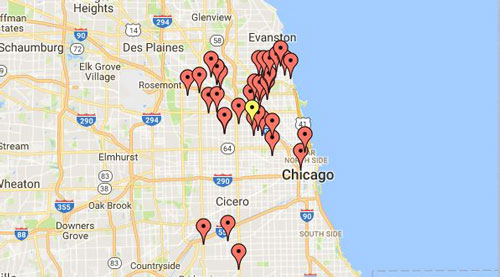 A few of the stores that carry our yogurt in Chicago, Illinois, are: Cermak Fresh Market, 7220 S Cicero Ave., Bedford City Square; Tony's Finer Foods, 2500 N Central Ave.; Amish Healthy Foods, 1025 N Western Ave., and City Fresh Market, 131 N Clinton St.  Check the map locator on the right side of this page to find a location near you!
at 6:16:00 PM No comments:

Our Bulgarian yogurt is available in all 50 states at many of the largest grocery and natural food store chains across the country.  Please visit our "Get Our Products" page on our website to find a store near you that carries White Mountain Foods products.

Do you have an original recipe using White Mountain Foods products?  If so, send it to us and we might put it up on our recipe page!

Would you like to see your thoughts about White Mountain Foods products on our website?  Please send us your testimonial and we may put it up on our testimonials page!

You can also write reviews of our products and our company on several sites, including Yelp and Yellow Pages, to help get the word out!
at 4:07:00 AM No comments:

Foods That Feed the Gut
By Dr. John Cluley

"Probiotics can be found in the form of a capsule or pill, but there is also a large array of fermented probiotic foods that will make your taste buds and your gut happy. These ferments utilize live microorganisms to transform simple food like cabbage into a complex and tasty treat like sauerkraut. You don’t have to go far to find these foods and you can even buy local with great products like Hat Creek Provisions pickles, Buddha’s Brew kombucha and White Mountain Bulgarian yogurt, which are all rich sources of probiotics." 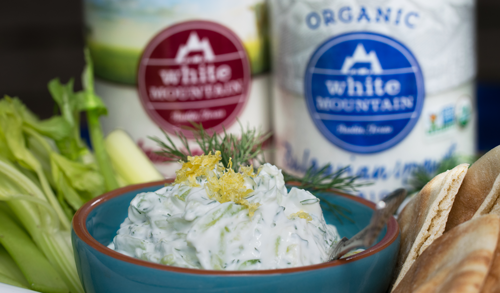 Q: What does the beneficial bacteria in yogurt do when you eat it?

A: Our digestive tract depends on several strains of live, beneficial bacteria to function properly. The bacteria help break down food, making nutrients more available for absorption through the intestinal walls and fight infestation by other possibly harmful bacteria, yeasts and viruses. Beneficial bacteria counts can be greatly reduced as we age, consume antibiotics, undergo chemotherapy, etc. Eating yogurt, or any cultured product, will re-populate the beneficial bacteria in our system, help protect us from invasion from other illness causing microorganisms and make nutrients in all the food we eat more available to our bodies.

Find more questions and answers about our yogurt in our FAQ.
at 3:37:00 AM No comments:

"Your yogurt is unsurpassed!!!"

Your yogurt is unsurpassed!!! I was born in Bulgaria but have lived in the US for 15 years. I don't miss many foods except our yogurt and I have never been able to find the right one here. That is until I found yours at Whole Foods while visiting CO this winter. Since we were driving, I even convinced my husband to pack up a few jars to bring home with us to CA. My stash is now gone only a few days later and I will not rest until my local Whole Foods starts carrying this product. If there is anything you can do to help me get your product in the SF Bay Area I will be eternally grateful. – Milena

Directions:
Combine and season to taste. Beat together until well blended.

We have many other recipes available on our recipe page. If you have a created an original recipe using White Mountain Foods products and would like to see it added to our list of recipes, please send it to us via email at customerservice@whitemountainfoods.com or use our contact form. 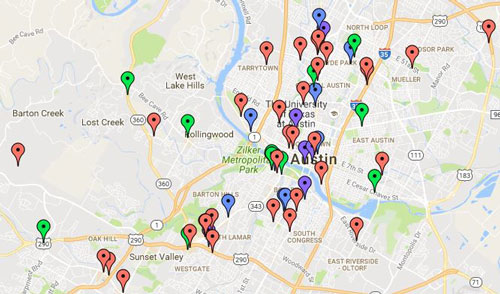 While our yogurt is available nationwide, the above map shows some Austin. TX locations which carry, serve or use our products.  Red markers indicate grocery or health food stores that sell our products retail.  The other markers represent juice bars, coffee shops, restaurants or cafés that use our products in their recipes or serve them as part of their menu.
at 1:56:00 PM No comments: 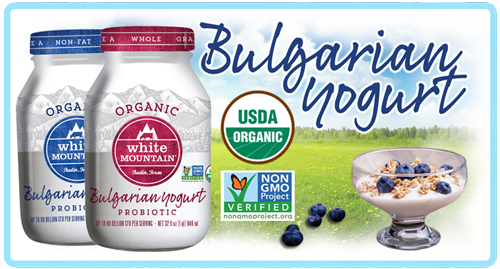 Our Nonfat Organic Bulgarian Yogurt and our Whole Milk Organic Yogurt are now available through retail outlets in pint and quart sizes.

The organic milk we use is certified organic by the USDA through the Texas Department of Agriculture and certified non-GMO through the Non-GMO Project. The milk comes from small to medium size farms(in Texas) certified a minimum of 120 days pasture grazing time for their cattle (under the national organic standards). Most of our source cattle are 100% grass fed with some farmers using a grain mix supplement during inclement weather when grazing is not possible.

Find out more about our organic Bulgarian yogurt here.
at 6:23:00 AM No comments: 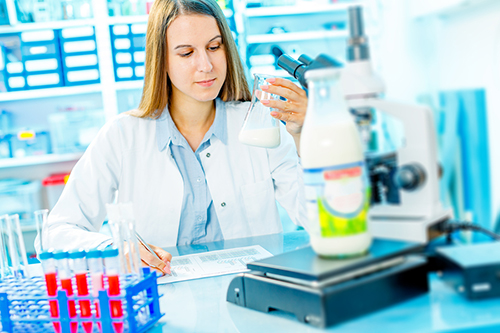 Q: Does the milk you use contain antibiotics?

A: Our all all-natural yogurt is made with milk from farmers who use antibiotics, however, all milk processed in the United States is required to be tested for, among other things, antibiotics, before being processed for consumption. If any antibiotics are found in the milk, the milk is destroyed. Our organic yogurt uses milk produced by cows raised under the NOP (National Organic Program) rules which severely restrict the use of antibiotics. Organic milk is also tested for antibiotics before processing.
at 2:53:00 PM No comments: 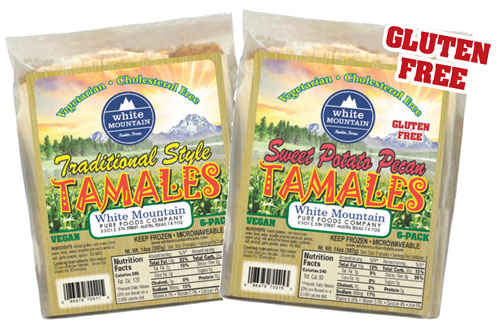 Taste and Texture Just Like the Tamales Your Grandmother Made
– But 100% Vegan!

Our Tamales are zesty Southwestern treats sure to be enjoyed by even the most conservative meat eater, made with traditional corn masa and wrapped with corn husks. Fully cooked, our vegan tamales can be served quickly by themselves after just a few seconds in the microwave or dished up with traditional sides like rice & beans for a full meal.

Find out more here. Contact us about getting our tamales or selling them here.
at 9:59:00 AM No comments: